There are a few different ways to preform macro photography. The most obvious and most expensive way is to buy a macro lens. This is a hefty investment for such a limited use lens. Another option is using attachments on your currently lens. These can include attaching magnifiers to the end of your lenses, reverse lens adapters and extension tubes.

I went the route of extension tubes which doesn’t really degrade the quality of the picture and is reasonably priced. There are tons of cheap extension tubes out there but be careful. Some don’t have contacts which allow the camera to still communicate with the lens and most of them have plastic mounts which can break if you are using heavier lenses like lets say a 70-300. Because of this I went with the Kenko extension tubes.

This is how the extension tubes are used: 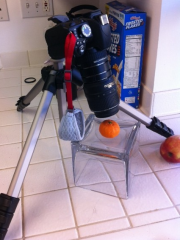 In this example I have three extension tubes stacked between the 18-55 kit lens and the D3100 body. If you don’t want to focus so close you would just remove one or two of the extension tubes.

Focusing is done in manually as well as your aperture, shutter speed and ISO selections. Because you are adding space between the lens and the camera body you will need more light than you would normally. Due to this I highly suggest you use a tripod due to the very slow shutter speeds you will be using to make up for the light loss. In this example my shutter was open for 8 seconds, aperture set to 22 and ISO 400 to get a correct exposure. Adding a speedlight would also help, but most likely not add enough for you to ditch the tripod.

Here is a picture of the clementine that was shown in the example above: 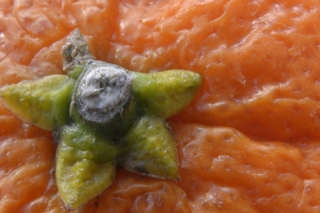 You can see how closely focused we are with just the 18-55 lens. Normally this lens would never get a good focus on anything closer than 0.28 m/0.9 ft. But in this case I am about an inch away due to the space added between the lens and the camera body by the extension tubes.

Here are some more examples I took with the above setup:
Sponge (scrubby side): 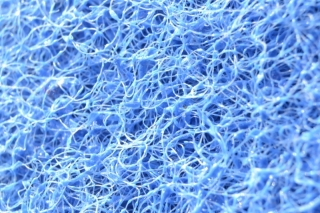 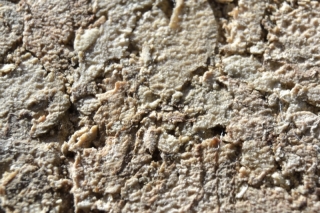 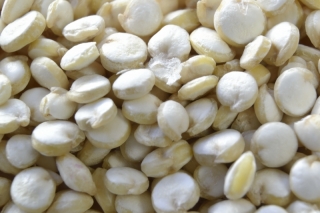 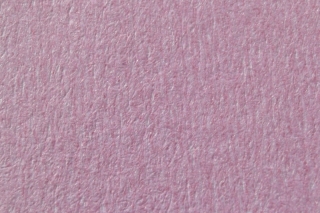 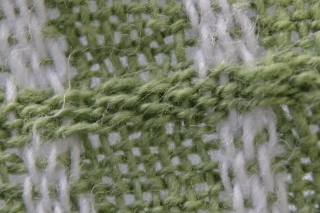